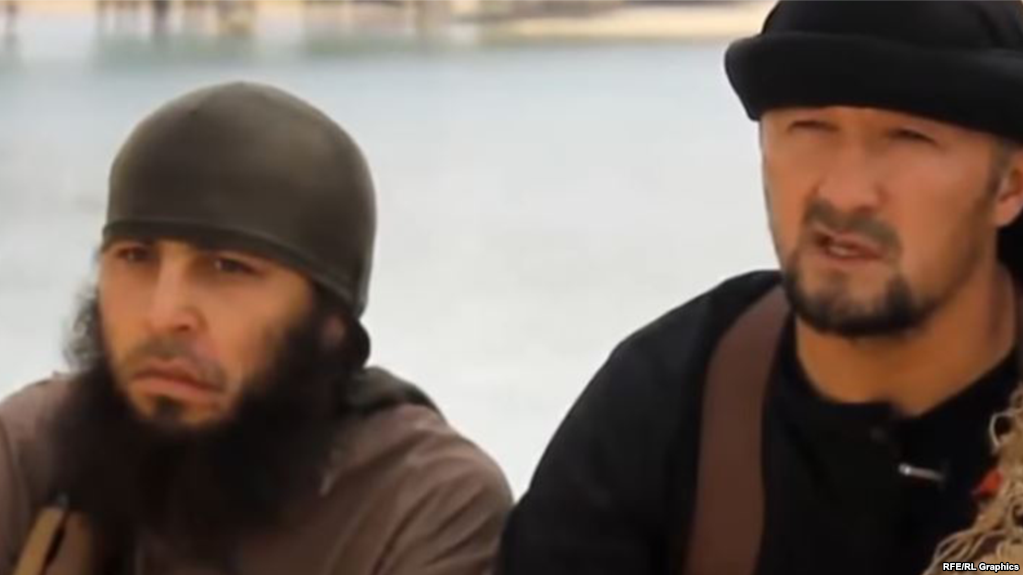 The Kurdish fighters said in a statement last week that they had detained a Tajik man identified as Dilovar Dodoyev along with two other alleged IS fighters as they were trying to cross the border between Syria and Turkey.

The statement includes pictures of the three men

Dodoyev’s father, from Tajikistan’s northern city of Istaravshan, confirmed to RFE/RL on February 4 that the Tajik man was his son.

Dodoev has been frequently shown posing next to Gulmurod Halimov on photos and videos distributed by the IS group in recent years.

Halimov, a former commander of Tajik Interior Ministry special forces, is one of IS’s most notable international recruits.

In 2016, the U.S. State Department named him as a key member of IS and offered a reward of $3 million for information on his whereabouts.

There were several claims that he had been killed in an air strike in Iraq, but Tajik authorities have not been able to confirm the reports.

Meanwhile, the Kurdish fighters said in a statement released on January 9 that the 22-year-old Tajik national Mohammad Dawlat (Abu Moshab Tajiki) has been detained together with seven other foreign jihadists in the town of Hajin in Deir ez-Zor.

The statement says a group of terrorists of different nationalities were planning to attack civilians.   Eight Daesh (Arabic acronym for IS) terrorists of American, Russian, Ukrainian, German, Kazakh, Tajik and Uzbek origin were reportedly captured during the operations carried out by the Kurdish fighters  on January 6 and 7.

According to Tajik officials, some 1,900 Tajik citizens have fought alongside IS militants in Syria and Iraq in recent years.