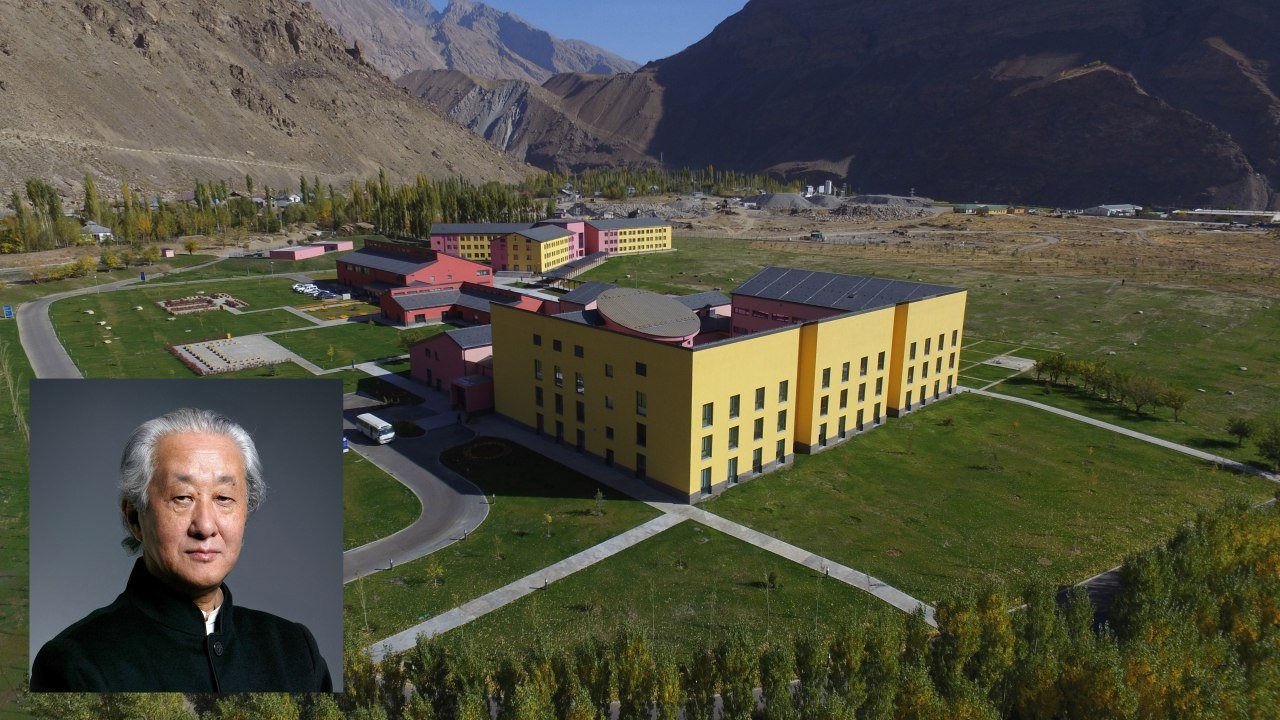 Arata Isozaki, the renouned Japanese architect, and designer of the master plan of the University of Central Asia (UCA), has won the coveted Pritzker Architecture Prize for 2019. He is the 46th Pritzker laureate, and the prize of $100,000 will be awarded at an official ceremony in May at the Chateau de Versailles in France.

Among Isozaki’s over 100 notable architectural designs are the Kyoto Concert Hall in Japan, the Museum of Contemporary Art in Los Angeles, and the Weill Cornell Medical College in Qatar. He is also the designer of the master plan of the University of Central Asia, and its three campuses located in Khorog (Tajikistan), Naryn (Kyrgyzstan), and Tekeli (Kazakhstan), which has a set a new standard for university design in Central Asia. UCA’s design has received widespread attention for responsiveness to its mountain locations, and the environment it creates for study, contemplation, and play.

The annual Pritzker Prize was established in 1979 by the Pritzker Family of Chicago, and is awarded to “an architect who has produced consistent and significant contributions to humanity through the art of architecture.” The laureate is selected by an independent jury of five to nine professionals, and past winners include architects Philip Johnson, Frank Gehry, Rem Koolhaas, and Zaha Hadid.

In 2001 Isozaki also served on the Master Jury of the Aga Khan Award for Architecture, where over $1,000,000 is awarded to winners every three years for projects that set new standards of excellence in architecture, planning practices, historic preservation, and landscape architecture.

Join us in the Telegram! Https: //t.me/sugdnewss