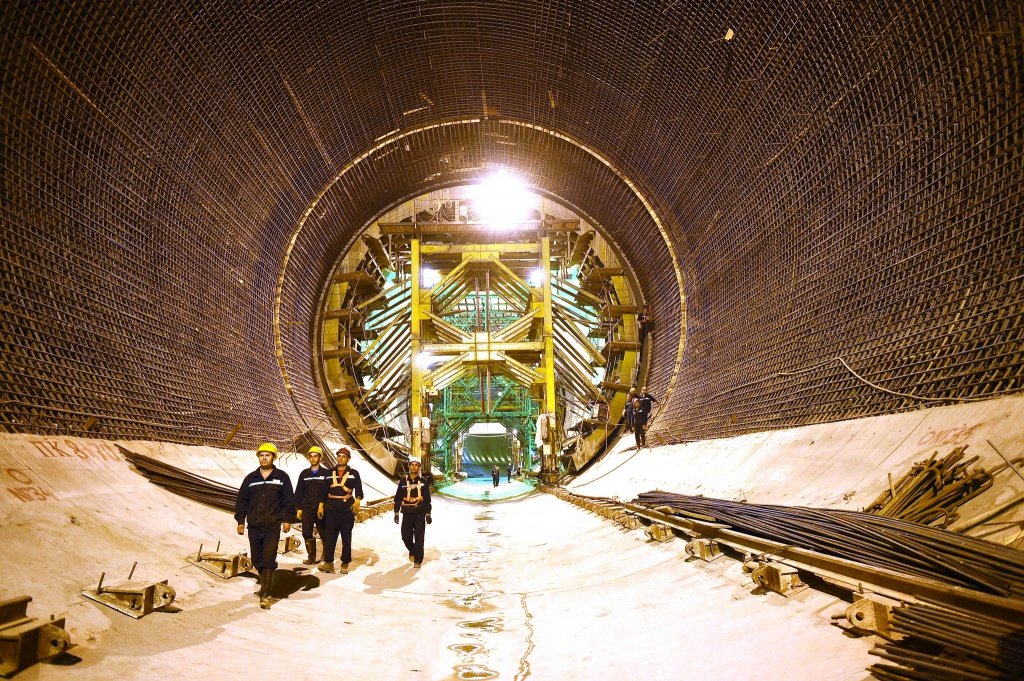 The possibility of Uzbekistan’s participation in the construction of the Rogun dam in Tajikistan is reflected in a joint statement by the presidents of Uzbekistan and Tajikistan Shavkat Mirziyoyev and Emomali Rahmon signed following the talks in Dushanbe.

The parties expressed their mutual interest in developing regional partnership in the sphere of rational and fair use of water resources and stressed the importance of existing hydropower facilities for the Central Asia, and those under construction, in order to solve water and energy problems.

“In this context, the Uzbek side expressed its readiness to comprehensively consider the possibility of participating in the construction of hydropower facilities in the Republic of Tajikistan, including Roghun HPS, taking into account the universally recognized international norms and standards on the construction of such facilities,” the statement said.

The heads of state stressed the necessity to improve the legal mechanisms for the integrated and effective use of transboundary water resources of the Central Asia that facilitate a constructive dialogue, taking into account the interests of all states of the region.

Mirziyoyev arrived to Dushanbe on March 9. This was his first visit to Tajikistan after his predecessor Islam Karimov paid an official visit to Dushanbe for the last time in June 2000. The head of Tajikistan, Emomali Rahmon, was in Tashkent in the framework of bilateral contacts in January 1998.

Dushanbe often accused Uzbekistan of blocking railroads and roads. In turn, Tashkent opposed the construction of the Rogun HPP in Tajikistan, which, according to the authorities of Uzbekistan, is a threat to the entire agricultural sector of the region. In 2001, first, Uzbekistan, and then Tajikistan, introduced a visa regime between the two states.

The relations began to restore in 2016 after Shavkat Mirziyoyev took the presidential office in December.

The Rogun HPP will dam the Vakhsh river, which is a major tributary to the Amu Darya river, one of the region’s two major water courses. The neighboring countries cautioned water could be diverted from their cotton and wheat fields. Uzbekistan claimed that water flows would be seriously decreased in case the dam is built. However, the World Bank assessment gave the go-ahead to the major project.

The dam should form a large Rogun reservoir with a total volume of 13.3 cubic meters. The project is also criticized because of the location in the zone of high seismicity, landslide and mudflow processes, and the presence of a tectonic fault filled with rock salt under the base of the dam.

The Italian company Salini Impregilo is engaged in the construction of the Rogun power plant. In October 2016, Tajikistan launched work on the construction of a rock embankment dam, 335 meters high and $1.95 billion worth. The cost of the entire hydro power station is $3.9 billion.

Join us in the Telegram! And be aware of all the news! https://t.me/sugdnewss