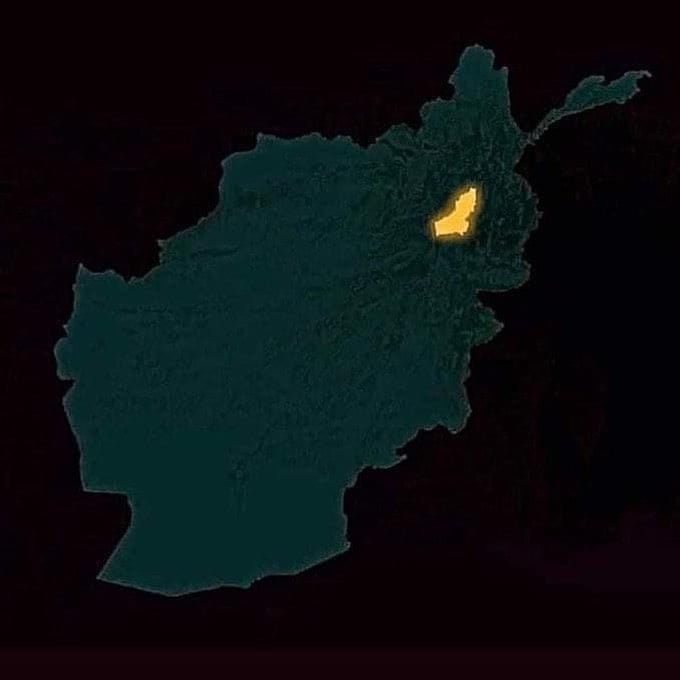 Ladies and Gentlemen, the civil society of Tajikistan expect from you, as a leader on defending human rights and responsible for democratization in the world, do not be indifferent to the fate of the Afghan people and do not leave them alone in the face of the Taliban oppression.

You are responsible and committed to stabilizing the situation in Afghanistan. During the 20 years of the US-led international fight against terrorism, the presence of women in politics and other areas of society in Afghanistan has increased, the Afghan people established behavioral changes towards democracy, human rights, children rights, women rights, speaking loud on violence and inequality via its free media, and they loved this society, which has been developed through hard works and progressive approaches for two decades.

It is so sad to admit that some societies can suffer higher levels of terrorism and bearing violent burdens.After long protection, spending huge amount of money to fight against terrorism, now the international society, world leaders handed over the Afghan people to the Taliban’s hand. These days it is hard to watch the incidents which are happening in Kabul’s streets without tears, and the courage of those women who risked their lives to protest for their freedom is commendable.

How can one believe in Human Rights after that?!

If the Human Rights principles have any value in the world then the Afghan people must not be left alone to be destroyed and killed by the Taliban. Unfortunately, after the withdrawal of US troops from Afghanistan, the Taliban – terrorist organization captured the country without a fight.We will learn more about the treachery and cooperation of the escapee President Ashraf Ghani with the Taliban in the future, but now the lives of the liberal, freedom-loving people and their supreme values ​are in danger. It seems that the world society and the world leaders that have fought terrorism so far are now stepping aside and only Panjsher residents and fighters seem responsible for fighting the Taliban. Now the Taliban are attacking this only area in Afghanistan where people are protecting their homes, country, and motherland from criminals, terrorists, and mercenaries.The Taliban own all of Afghanistan’s military equipment, which has received aid from many countries during that time and use it to terrorize and kill civilians. These weapons and power, naturally pose a serious threat to the people and army of the besieged province, standing against terrorists.It is unfair to watch and wait when Afghanistan’s national minorities, many of whom are Tajiks, Uzbeks, Hazara, Turkman, and others, are massacred by the Taliban.

Therefore, we ask and demand from you:

1. The international community must urge the Government of Pakistan immediately to stop the assistance and sponsorship of the Taliban-terrorist organization and to refrain from killing civilians and attacking Panjsher, the only area not occupied by terrorists.

3. New government in Afghanistan must be formed with the representation of the Tajiks, Pashtuns, Hazara, Uzbeks, Turkman, and all other minorities of this country. Cooperate with the Afghan National Resistance Forces in the Panjsher and support them fight international terrorism and build a free and law-abiding country.

4. The countries of the European Union, the United States, which are considered to be the defenders of human rights and democratic values, should not stop the fight against the Taliban, ISIS, etc., and should not be tolerant towards the countries that support terrorism. In particular, Pakistan, as host of founder and supporter of the Taliban, which still is helping and using it as a tool to advance its policies in the region.

5. Red Crescent and Red Cross staff should provide food, medicine, and other humanitarian assistance to the people of Panjshir and other parts of Afghanistan who are starving.

6. The international community must boycott the usurper government of Afghanistan, which is in the hands of terrorists.

7. All countries that cooperate with the Taliban should also be subject to sanctions. They should be obliged to take urgent actions to prevent the participation of their citizens in the wars of the Taliban.

8. Ashraf Ghani and his accomplices should be sanctioned and prosecuted by European countries, Canada, and the United States.

9. Freeze their bank accounts and include them on the international wanted list. Confiscated funds of the Afghan people should be returned only after the formation of an inclusive government.

10. The Dari-Persian as the native language of 80 percent of the population in Afghanistan, and as the state language and the language of communication for all people in Afghanistan, must remain intact.Some of the powerful countries, who have opposed the policies of the United States and Europe, with the support of the terrorist Taliban’s Islamic Emirate, want to defeat their rivals. But in this game, will be sacrificed the lives of people and the fate of hundreds of thousands of innocent Afghan citizens.The media of Pakistan and Russia are trying to portray the Taliban as a modern and up-to-date group, who got changed, but their realities and attitudes show that they are the same criminals.Their policy is to exclude girls and young people from education, to destroy culture and universal values. With the invasion of Afghanistan, it is unfortunate that the world forgets the heinous crimes of the Taliban-terrorist organization and considers the fight against them as an internal affair of one country.

If the world leader countries recognize the Taliban’s government, there is no doubt that all terrorist groups in the world will gather under the umbrella of the Taliban in Afghanistan.

One of the highlights of this consequence is the warm welcome of Taliban the one of Osama bin Laden’s supporters, who was invited to Afghanistan and was greeted with pride. This threat is not only to Central Asia but to the whole world.

If you recognize the Taliban, then you will be responsible for these consequences.Recognition of the Taliban’s government makes Afghanistan a hotbed of terrorist groups, and these criminal organizations are creating a «paradise» for themselves there.

The consequences of terrorist domination will be severe, tragic for all countries of the world.Why should the liberal people of Afghanistan and the Resistance Front in Panjsher be supported?

Because they support the establishment of a free and pluralistic state and respect the rights of women, children, and humans at all. Their vision is modern and relevant today.

They don’t kill, destroy culture, history, and education.The World Community has very little time for this decision.With the hope of peace and prosperity around the world and living without terrorism!

31.Nodira Amiry, with 17 years of work experience in Afghanistan.