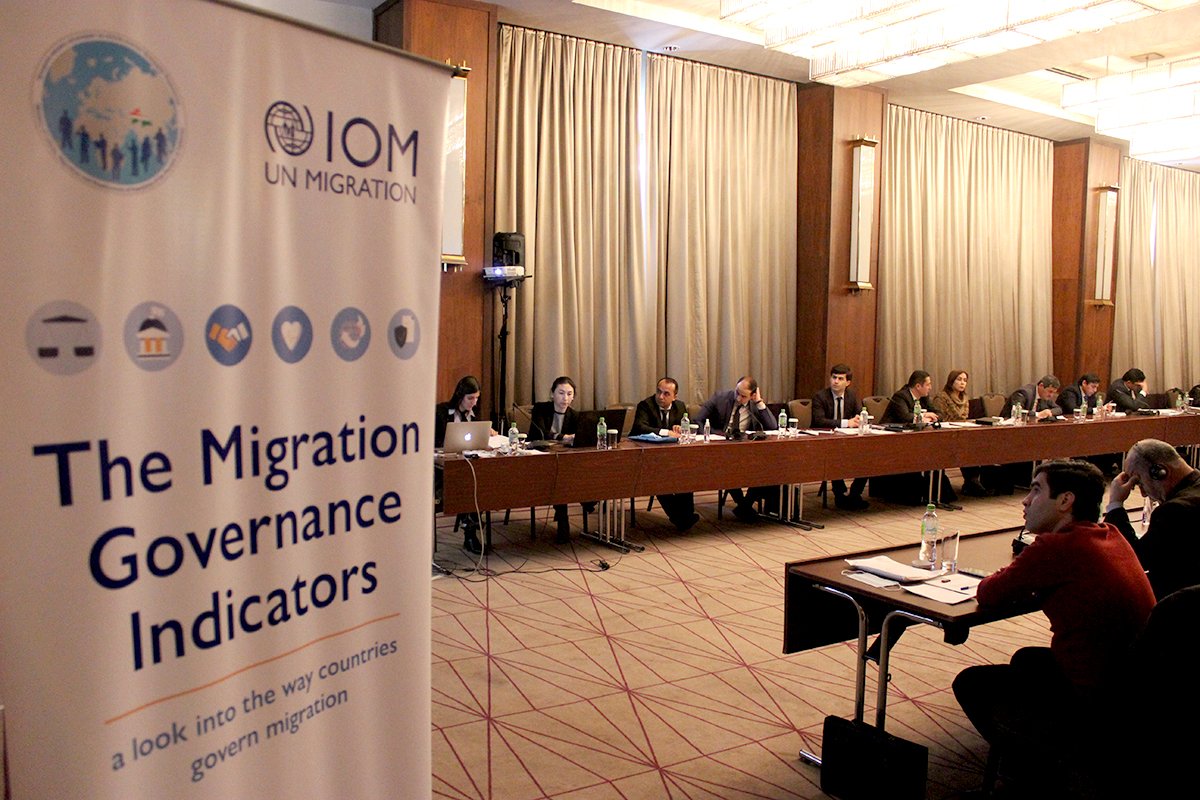 Under the leadership of the Ministry of Labour, Migration and Employment of Population, an inter-ministerial consultation to discuss findings on migration policy in the Republic of Tajikistan under the Migration Governance Indicators (MGI) took place on 29th January at Hilton Hotel in Dushanbe.

The event brought together representatives of ministries of Tajikistan and the International Organization for Migration (IOM).

MGI was developed in 2015 to better measure the United Nations’ Sustainable Development Goal (SDG) target 10.7.2 or ‘well-managed migration policies’. MGI is expected to help establish a baseline to assess national policy frameworks, identify gaps to be addressed, and track the progress of national and international commitment to safe and orderly migration. Since 2016, 83 countries including Uzbekistan, Kazakhstan and Kyrgyzstan have participated in the MGI process.

The meeting began with welcome remarks from Mr Tohir Karimzoda, the Head of the Migration Service of the Ministry of Labour, Migration and Employment. Michael Hewitt, Project Manager for IOM Tajikistan, followed by reminding the meeting of the importance of the migration agenda in Tajikistan and the close partnership between IOM and the Government of the Republic of Tajikistan. David Martineau, the MGI Project Coordinator for IOM Headquarters, first introduced the MGI process and the way it could be used to show best practices and identify gaps in the migration policy framework. He emphasized three key features of MGI, that it is voluntary, consultative, and sensitive to local contexts. After his introduction, Bahrom Samadov, the Head of the Population Migration Department, and Anvar Babaev, an IOM National Consultant, reported research findings under MGI and identified areas which could be considered in drafting and further developing a planned “National Strategy on Migration until 2030”.

After the presentations, the participants of the meeting discussed the report findings and renewed their commitment to enhancing the government’s migration response. Representatives of participating ministries agreed to collect feedback from different points of views for the best response to issues identified by the report. Securing budget to support victims of human trafficking and to protect the human rights of Tajik citizens was also proposed.