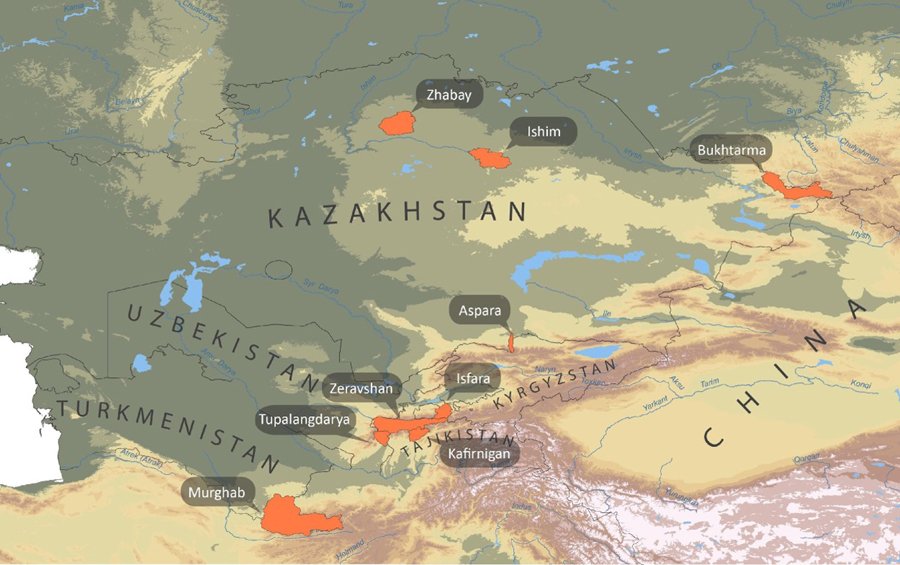 A number of security experts from the Stockholm Institute for Global Problems Studies, which investigated the effects of heat increase in the Central Asian region, concluded that climate change can turn into a source of instability in the region, and that the five countries in the region can face with increasingly interconnected conflict.

The main problem in the region is that the governments of the five countries do not have close relationships. According to experts, while the situation in the region is stable now, but water and energy problems have persisted for decades. At the same time, other issues related to global warming in the region add up to this problem. According to the abovementioned study, melting glaciers and shrinking water in the region can lead to climate warming, which may lead to water conflicts between the upstream countries – Tajikistan and Kyrgyzstan – with downstream countries – Kazakhstan, Turkmenistan and Uzbekistan. Particularly the water resources of Tajikistan, which constitute the 60% of the water resources of the Central Asian region, are of particular concern in this regard. According to researchers’ report, over 1000 glaciers have disappeared in the region over the past 30 years. That is why the problem of reduced water resources is currently a matter of concern in the region.

The regional experts point to the healthy relations between the regional governments in connection with peaceful resolution of water and energy problems. One of the first steps in this regard is the change in government policy of the Uzbekistan from 2016 till nowadays. The President of the Uzbekistan Shavkat Mirziyoyev opened the closed doors of the former leader to his neighbors, and the political and public relations between the states and residents had enhanced. However, the process of regional integration requires greater integration and closer ties. This need is strongly linked to economic growth and political dialogue, as well as investment attraction.

At present, the conditions for possibility of greater integration development, regional investment and strengthening of peaceful relations between neighboring Central Asian countries are favourable in order to mitigate future climate problems. It requires the right vision of the politicians of these countries, high defense of good neighborliness and the establishment of strong and courageous lines of leaders and experts of the states. In order to achieve these ambitious goals, political assimilation will also be employed, which will make it easier and more profitable to find solutions to water, land and climate problems. It is clear that our country needs to make more efforts in this area. According to experts, due to the slowdown in economic and social development, institutions of governance and the inability to adapt to change, Tajikistan is the most vulnerable to climate change among countries in the region.

As can be seen, these problems are included in controversial border issues, which sometimes lead to national and military conflicts. At present, the disagreements, which some experts say are driven by the region’s stakeholders, are largely related to water and energy. “In a region where border disputes continue, people are opposed to each other because of water and land. The shortage of water resources and pastures can exacerbate this conflict and lead the people to a military conflict”, was stated in the report of the Stockholm Institute of the World Problems Study.

The events of the last year on the border between the Tajikistan and Kyrgyzstan continue to illustrate this problem. The formal delimitation and demarcation of the borders between the Tajikistan and Uzbekistan is practically done. However, this problem is still a challenge for regional integration within the 400-kilometer border between Tajikistan and Kyrgyzstan. In the last year alone, the border problems between the two countries have resulted in the killing and bloodshed of population of the two countries. On July 27 this year, the heads of both states Emomali Rahmon and Sooronboy Zheenbekov arrived for the first time in the hotspots of the two countries – Vorukh of the Republic of Tajikistan and Oksai of the Kyrgyzstan. People of the area were expecting much from this meeting. But according to the experts the meeting has not had much success since even after conducting of the abovementioned meeting the conflict and problems continue between the population of both sides of the border.

The introduction of new climate-based learning technologies, which address a variety of issues, including border disputes, is one of the important CAMP4ASB program approaches in the region. The United Nations Environment Program (UNEP) and the United Nations Industrial Development Program (UNIDO) contribute to addressing various climate-related issues, including cross-border challenges.

The countries of the region need to utilize the opportunities and assistance of the international organizations to improve the standard of living of their people, to resolve existing conflicts and to prevent increasing climate change problems.