EU Delegation and KfW signed a 20 million Euro agreement for construction of a small HPP in GBAO region of Tajikistan.

The committed funds of 20 million Euros come as a contribution to 17 million Euros allocated for this project earlier by German Government to Tajikistan during the intergovernmental negotiations in 2018.

With this agreement signed the total financing for construction of the project shall consist 37 million Euros. In her speech, Ambassador Josefson underlined the social and environmental importance of the project which shall also have a potential to supply reliable energy to settlements in Badakhshan province of Afghanistan.

Dr. Schneider mentioned that the project will improve generation and supply of clean energy in the Roshtqal’a district as well as in the GBAO. Besides, he noted that the project is a very good example of coordination among Development Partners and the Government of Tajikistan. He mentioned that the World Bank contributed to the project by funding several important studies necessary for preparation of the action, USAID has allocated funding to support implementation capacity of Pamir Energy and SECO committed funding for an 18 km transmission line from Sebzor HPP to Khorog and a new sub-station.

The project foresees construction of an 11 MW run-of-the-river hydropower plant on Shokhdara river of VMKB with an expected  generation capacity of 74.5 million kWh per year.  The project shall be financed through state-owned German Development bank – KfW. The executing agency for the project is Pamir Energy company, who operates the energy system of VMKB on the basis of a concession agreement with the Government of Tajikistan. 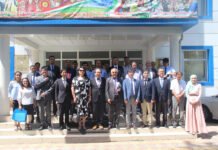 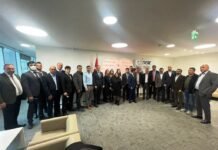