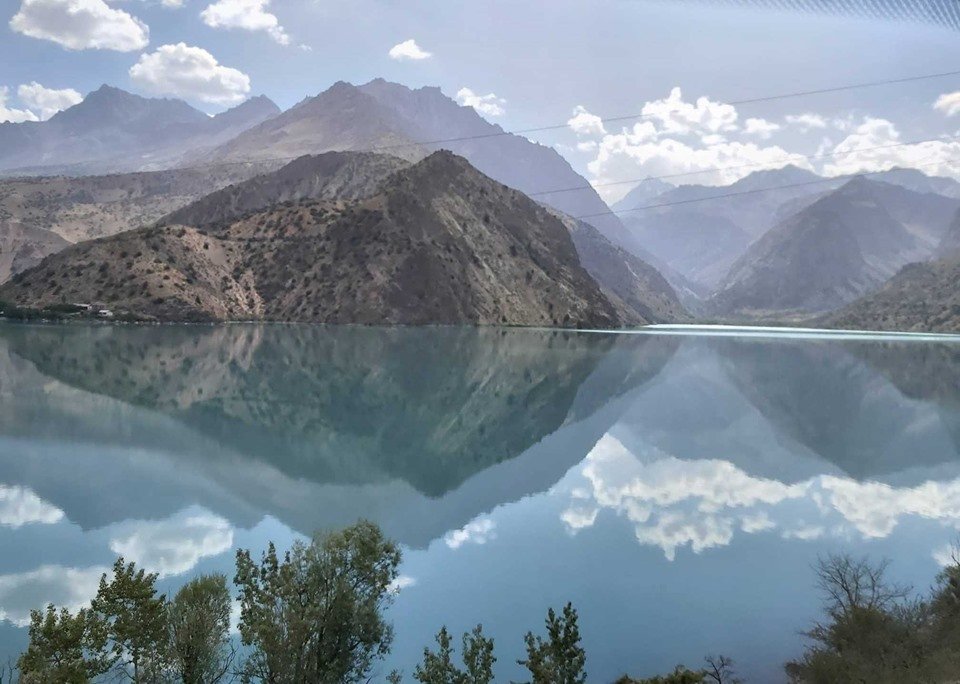 There are exist two legends about how Iskandarkul appears. First is that Alexander Macedonian during his Indian’s march fight against the village whose population did not want to gave up. Then he ordered to direct the river channel to the side of this village and to flood it. Consequently the lake appeared.

Another story is more poetics. There says that during the halt near this lake, Alexander’s horse, Bucefal, drank the cold water of this lake and got cold. When, after some days the horse became better it was pastured on the coast and suddenly began to neigh. Then it climbed up to the highest rock and plunged into the lake’s water from there.

Alexander became so sad. He waited several days and then went further with his army. There in the seacoast he leaved grooms and soldiers. Since that on during each fool moon,  Bucefal go out from the lake in order to pasture: the water of the lake parts and from there come out the snowy-white horse with the grooms convoy.

The lake has a destroyed form, as the mountain’s stones fall from above, which appears during collapsing, might be during the earthquake. The lake is situated at a height of 2195 meter under the sea level, in mountain’s hub Kuhiston between the western end part of Hisor’s and Zarafshon’s spines.

The total acres of the water table makes up 3,4 km2, the depth of the lake reaches 72 meter, the volume is 0, 24 km2 according to 1978 data base. According to scientists at the past the lake had much higher water level, as there remains the track of the slope surroundings mountains at a height more than 120 meters.

Into the lake flow the Saritag, Hazormesh, Sarema Rivers and other little mountain’s streams. From it forms  Iskandariya River coming in Zarafshon pool.