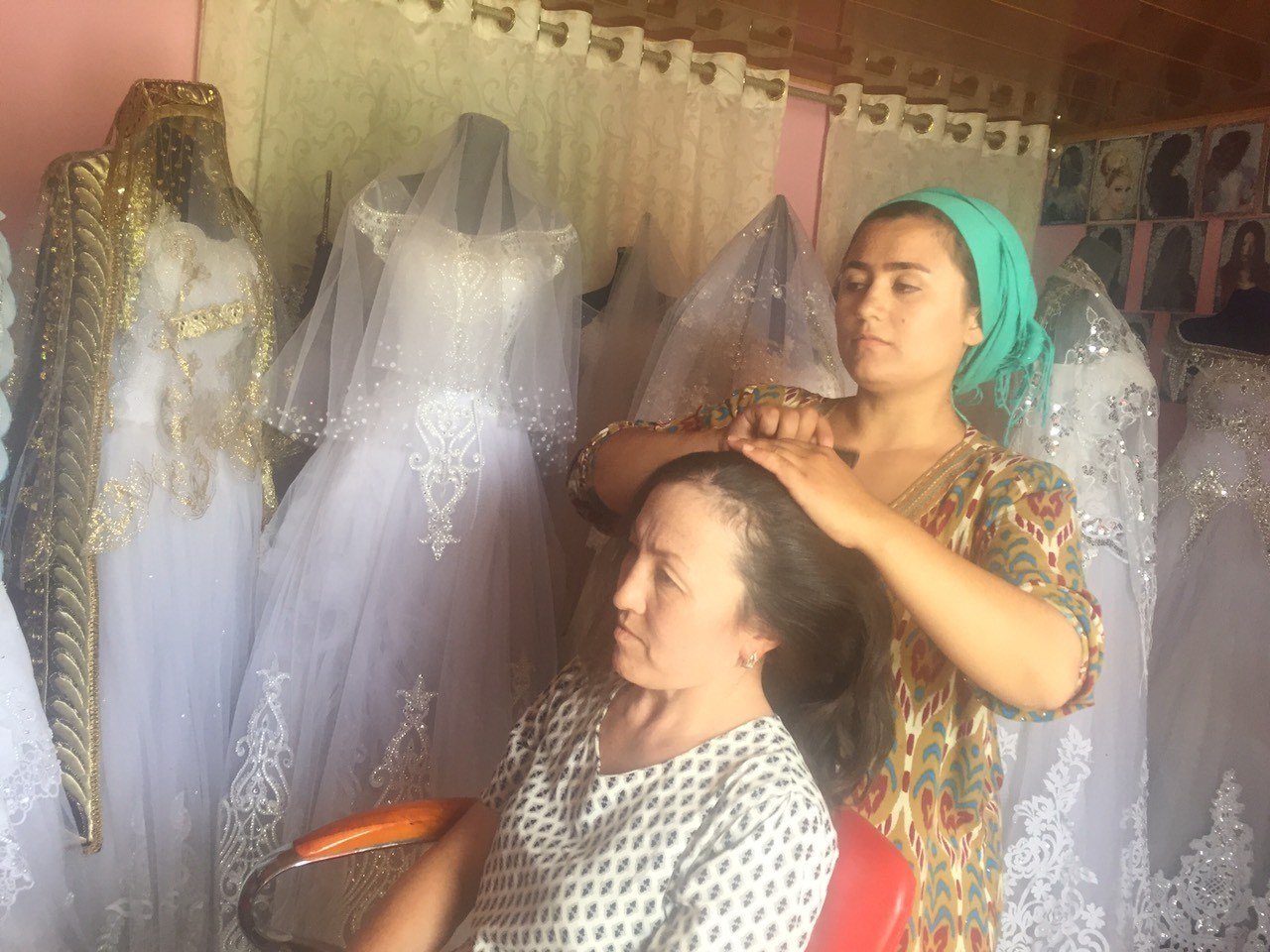 In the frontier village Khojai A’lo, where for the first time happened incidents, the young women opened salon for women under the name of “Mahliyo”.

Gulzira Umarova with the support of UN in Tajikistan opened salon after as she participated in 2017 project “The Best Business Idea” and became the winner.

“This profession attracted me from my childhood, and after when I finished the school there came an idea to my mind to open salon for women as such salon was not here in my village. When I was a student at Khujand State University at History department my neighbors, friends and my relatives came to my home in order I serve them. In order to attract them I started to I created different forms for eyebrows” – says Gulzira Umarova.

The dream became truth. Recant year she opened her salon in Khojai A’lo, Vorukh jamaat, Isfara town, in a border with Kighiz republic. The equipment for her salon was provided by ACTE.

Before “Mahliyo” there was no any women salon in the border area and the women of the village either went to Vorukh jamaat or to the center while the Kirghiz women in order to receive this service went to Batken town which took them 30 minute arriving to that place. Gulzira is married and she has a son. Her husband together with his relatives is helping her, and supports her ideas. Today with the great pleasure she is serving women from her village and as well Kirghiz women.

The cost of her service is available and it is much cheaper than in the town or in other jamaats. For instance, haircut costs 20 somoni, and preparation of women who is going to get married for wadding costs 100 somoni.

When the correspondent of SN visited Gulzira’s salon, there were two women from neighbor village of Kirghizia. Urbanoy and Khanifa came from one of Kirghiz villages, Ortuboz. From their faces  was clear that they were satisfied with Gulzira’s work.

During this time she taught seven people and three of them were Kirghiz women.

“One of my students is now working at one of Bishkek town salon” – with honor says Gulzira.

Except different type of beauty services, Gulzira’s salon is as well presented the wedding dressers and the service of decoration wedding’s corteges.

“Because of the incidents that happened I lost lots of clients, especially the number of Kirghiz clients decreased. However, I hope that we will not have such incident any more and we will live in peace and tranquility”- worries Guzira.

For the future she is planning to enlarge her business. She is planning to separate the salon in to two parts: beauty salon and salon for wedding dresses. As well with this she will be able to create more working places.