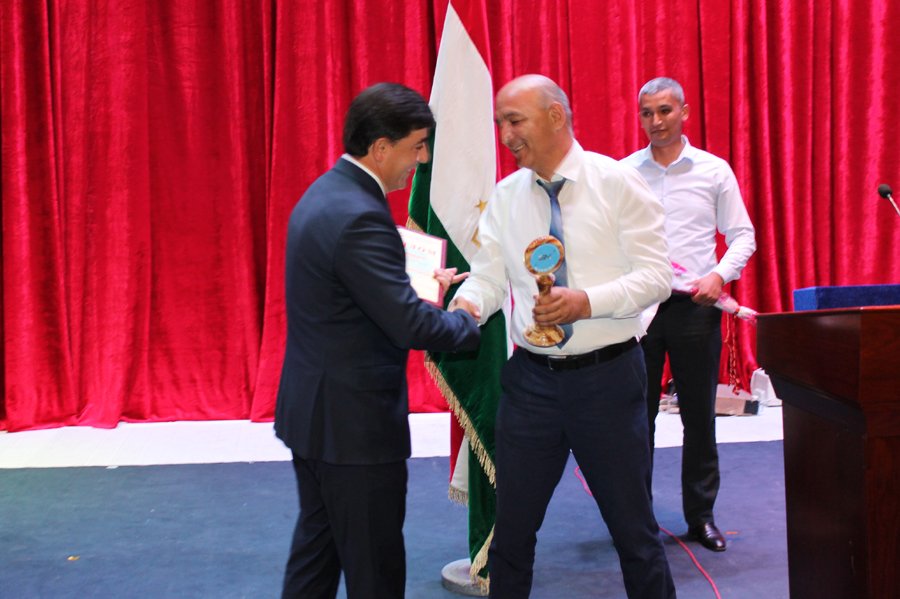 The director of Tajik Journalistic Investigation Center, Khurshed Atovullo, participated in a ceremony of celebrating the Athlete Day in Asht, Sugd region.

The aim of this meeting was to present the awards and the diploma of the competition of IA “SugdNews”, under the name of “The best leader of towns and regions” to the chairman of Asht’s regions.

“With the decision of TJIC Asht’s governance, the winner of this competition became “Accessible Chairman”. He received 1659 voices from which 30% or 497, 7 voices was given for specified nomination”, – pointed Khurshed Atovullo.

We will note that the “The best town and region leader” competition is goes with three nominations: “Accessible Chairman”, “Popular Chairman”, and “National Chairman”. The competition was started on the end of January 2019 year and was closed on May. The certification and the award was presented for winner, yesterday, on 9th August 2019.