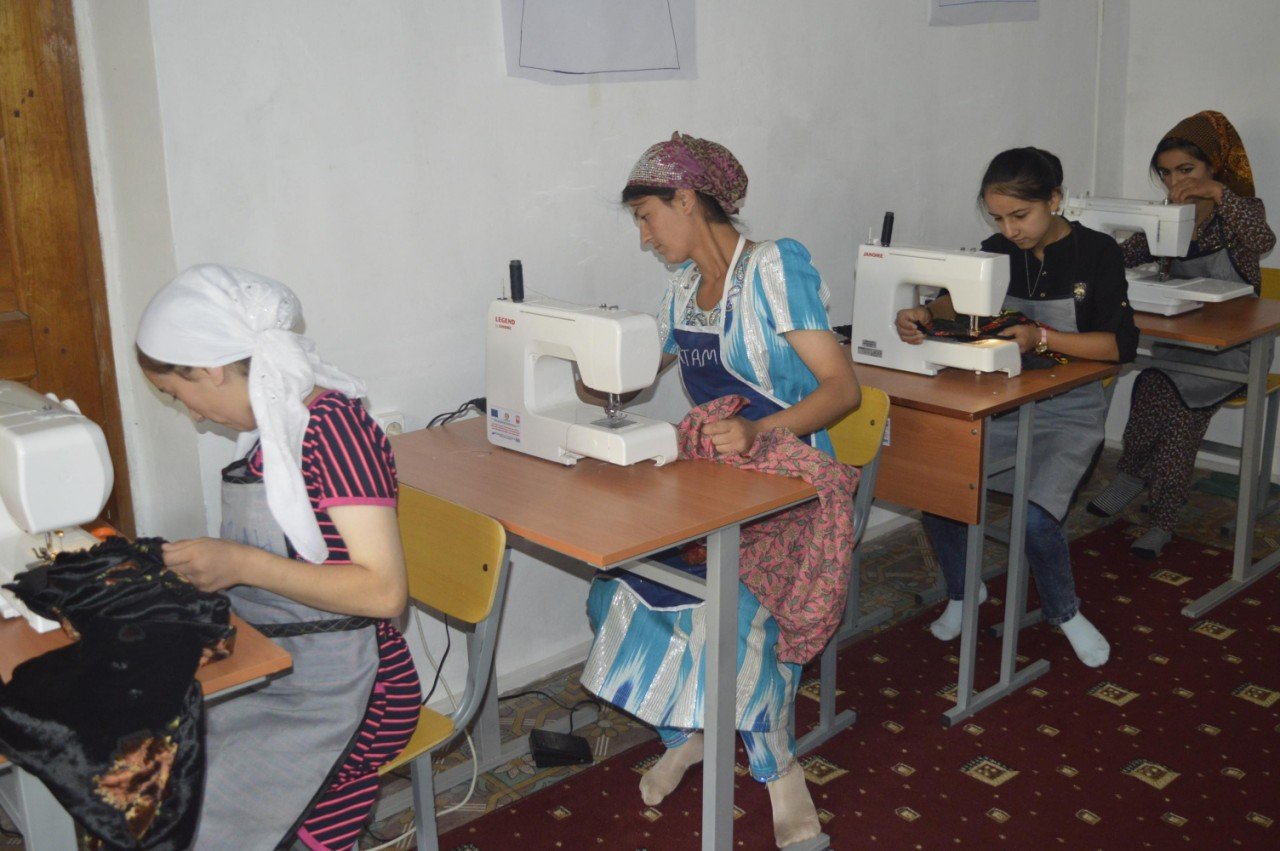 Within the framework of the project on “Supporting civil society in applying community based rehabilitation for people with disabilities in Ayni district” (the Project), which is funded by the European Union and Caritas Germany and implemented by the Branch of the German CARITAS Association in Tajikistan in partnership with the Local Government Authority of Ayni district and Public Organizations “ASTI” and “DARO” and also with support of Adult Training Center in Ayni district, a new Vocational Training Center was established in the center of the district.

The official opening ceremony was attended by Zokirzoda Gulsara, Deputy Chairman of Ayni district, Shodiqul Bobojonov, head of Economy and Trade Department and representatives of other local government, public and international organizations and institutions as well as mass media.

“Many young people complain about lack of high paying jobs in the country and migrate to foreign countries, but in fact, the cause is not having a profession and skills. I believe that this vocational training center will play an important role in improving the living standards of the youth, particularly persons with disabilities (PWDs) who have hidden work capabilities, Shodiqul Bobojonov said.

At present, 30 PWDs from all over the district were involved in free vocational training on specializations of sewing and cooking-confectionery. Upon completion of these courses which run three months each, the graduates will be awarded with the certificates acknowledged by the Adult Training Center in Ayni district. These certificates allow PWDs to find good jobs and run their lives independently.

The vocational training center consists of 3 rooms of which one is used as a training hall for theoretical classes, the second is used as a kitchen for practical cooking lessons and the third is for hands-on sewing exercises. Under the Project, all necessary equipment, such as tables, chairs, sewing machines, an iron, a refrigerator, an electric stove, a baking oven and many others were provided to the vocational training center.

We recall that the European Union and CARITAS Germany funded project on “Supporting civil society in applying community based rehabilitation for people with disabilities in Ayni district” has been implemented since January 2018 and is aimed at inclusion as well as improving access of persons with disabilities, including CWDs, to quality public services in the sectors of health, education and disaster risk reduction in Ayni district.