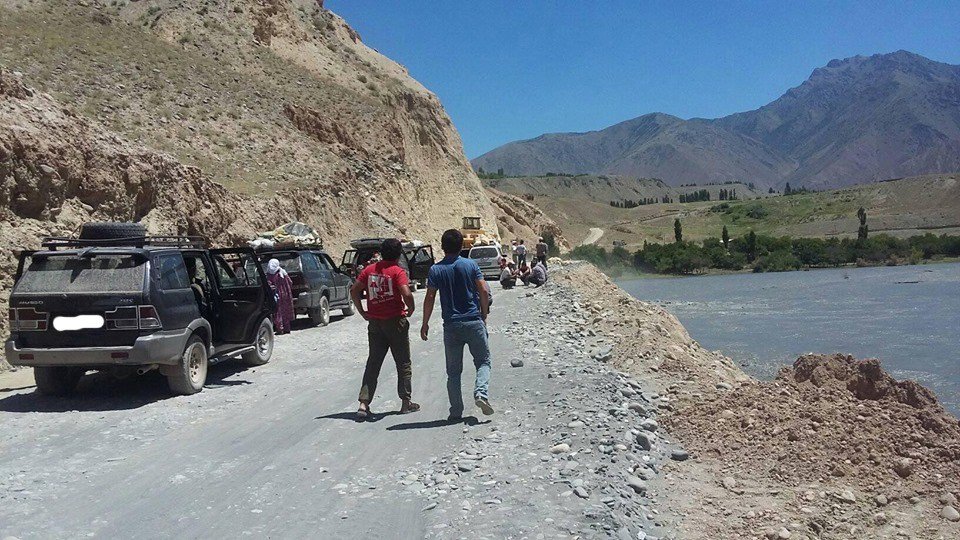 In connection with the high air temperature the level of Zarafshan water went up and more than 100 meter of Ayni-Gornaya Mastcha highway was destroyed. The citizens cannot move at the moment as 24 kilometers of the road is still closed.

This information was announced by the heard of public officer up to exploitation of motorcar roads of Ayni regions Sadriqul Sherbutaev, to “SN” reporter.

According to him, the incident happened on 27th July of currant year. Fortunately there was no any human victim.

“Because of rising water level of Zarafshan River, more than 80 kilometers of Ayni- Gornaya Mastcha road was washed away. This area is remaining dangerous. The ES staff together with transport ministry representatives, ES deputy minister, vice-chairman of Sugd region Anvar Yaqubi, the chairman of Ayni region and other responsible people inspected the place. Now are taking measures for opening temporary road. We are trying to open temporary road for the citizens of these two regions” noted Sadriqul Serbutaev.

Due to drivers the area is remaining very dangerous zone. The citizen of Mastchins region Nodir Rahmonov who visited Gornomastchin region with his family as a guest got stuck in this territory when he returned back.

“Together with my family we twenty four hours stayed inside the car. Technic cleaned the road but the water destroyed it again and again. From mountains were fallen stones and sand to the side of the road. The movement was so dangerous. We somehow passed the road but after 15 minute the road was closed”, noted Nodir Rahmonov.

Each year the water level of Zarafshan River rises and it destroys several parts of Ayni-Gornaya Mastcha’s road. The movement for the people of these two regions every time is restricted.

The responsible people of Ayni region are noting that last year because of high water level this territory was destroyed as well and the amount of damage cost more than 150 thousand somoni.

Meanwhile, as was given an information for SN reporter by the head of public officer up to exploitation of motor car road Ayni’s region, at the moment for elimination of element consequences and opening highway, in this territory are working 7  Department of Transportation’s technicians of Tajik Republic.