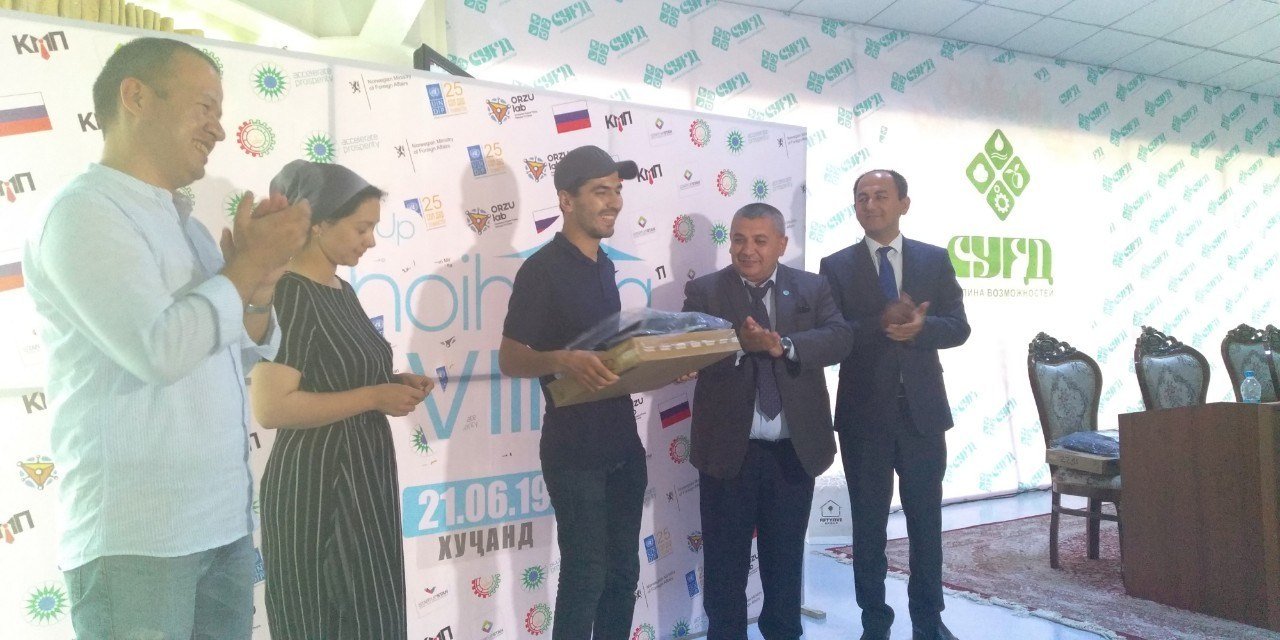 In International Trade Fair, which traditionally passes 6th time in Khujand, as well were organized different type of activities, such as, forums, B2B meetings and negotiations, sectional pavements, and competitions.

During the two days Khujand became the center where arrived business owners and business people from different sphere of activities.

This fair which aims is to demonstrate the opportunity for Sugd region and to attract more investors, became the international ground for negotiation where Tajik entrepreneurs and startups could announce about themselves.

Start-up “Choihona”, as a new and interesting project, organized with the initiative of volunteer and UN development program, unite young boys and girls from different region of the country. This project gave an opportunity for them to present their business ideas for juries.

Out of fifty applications were chosen just twenty. The chosen business ideas responded such criterions:

Innovation, perspective for country, simplicity on realization, dimensions. This year in the project could participate young people from socially vulnerable population.

For each competitor was given three minute.  In these given minutes they had to present their business plan and as well to convince the jury as much is perspective the idea. Also there was estimated presentation skill, public speeches, an ability of expressing ones thought correctly and clearly, and arouse listeners’ interests.

At the end when all competitors presented their ideas, jury chose the best business plans and announced three winners. The winners were Ismoil Iskandarov the sixth grade pupil who presented internet shop with the tennis belongings, Murodov Ibrogimbek from Ayni region with the idea of setting up the informational technology service center, and Oripov Akmal whose project was food delivery service and direction the restaurant and cofe BAMAZZA.TJ. The winners got expensive gift as notebook computer granted by UN representative in Tajikistan.

The other five competitors whose presentation was not so well were awarded by small presents from 55 Group. The ideas were platform for work and Babolo staffs, welding’s instruments in Tajikistan, “edible food”, wide use of New Vision paper bag, and reusing waste water.

The rest of competitors got small awards from association of youth development entrepreneurship of Uzbek Republic.