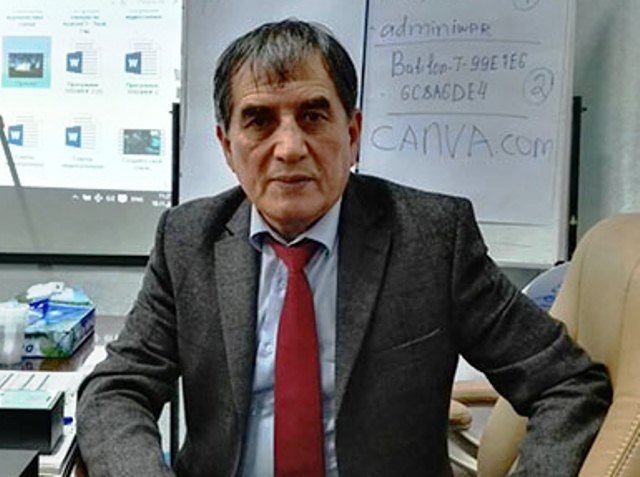 It is known that tourism is one of the most profitable sectors of the economy. Some countries live entirely at its expense, like Seychelles. The economy of countries such as Turkey, Greece, Cyprus, Egypt, Israel, Thailand, and Indonesia, almost half depends on the income of resorts, sanatoriums, attractions. If Turkey and Greece attract people of the warm sea and azure seaside, Egypt and Israel have also many historical monuments which attract the lovers of spiritual aspect of life.

Tajikistan is not offended by God in this regard. We have ancient historical monuments, mineral springs, and also a beautiful nature that can equally attract travelers of different categories and ages. In short, there is something to offer. There are also a lot of problems. First of all, outside our country, they should know that Tajikistan is a safe country, that our borders with Afghanistan are firmly protected, we have a fairly low crime rate, and the people are tolerant, polite, hospitable and law-abiding.

Need a new image: how to create it?

It is known that to a greater extent the image is created by the press. And it is formed on the basis of what they say about the country in the international arena, what information prevails on the pages of the press, what sounds on the radio and what is shown on television. The world heard about the existence of Tajikistan from the events of 1992-1997, that is, when the media reported daily about the civil war, bloodshed, refugees, evil and cruel Islamists. Of course at that time Tajikistan sounded almost as a whole with Afghanistan in the mouths of the military, journalists, diplomats and observers. Despite the fact that the war has ended in Tajikistan for 20 years and that people have been living a peaceful life for two decades, the country cannot get rid of the Association with Afghanistan. International media are only interested in the negative, the media of Tajikistan in the international arena cannot “make the weather” for various reasons. The state does not cause much trust, because only speak and write from the position of the government, one-sidedly, ignoring other sources and opinions. Secondly, the level of professionalism is insufficient to create materials in compliance with international standards. Thirdly, there is not a single news Agency dealing exclusively with counter-propaganda and the formation of a positive image in the country.  Independent media with strong, professionally trained journalists due to financial problems simply do not have the opportunity to engage in image-making, even if it is a country, although, when it is very necessary, they protect the interests of the state and citizens of Tajikistan in the international information space. In short, the presence of a large number of problems does not make it possible to create a different image of the country and therefore the public becomes mostly negative information, which, therefore, forms a negative image. In order for the press not only talk about black, but also white, it is necessary to radically change the approach to the media, both state and independent, to turn them into a real “fourth power”, as they were, to trust them more, to be interested, to be transparent in front of them, so that they have information. We must launch a wide advertising campaign through Russian-language media, foreign websites, news agencies, radio and television. For example, MTRK “Mir”, which only now after a long break begins to go back on the air, could not be better suited to change the image of the country. Why until now Tajikistan does not use a great opportunity to express itself more often and better, to advertise its achievements, identity, unique nature, its attitude to global world problems, thus showing the progressive position of the country’s leadership, can only be surprised. So that is something to work on.

At the end of May 2017, President Emomali Rahmon signed a Decree on the division of the Committee on youth, sports and tourism into two structures. On the basis of this document, the tourism industry moved to a new Committee. This decision shows how important this area is for the state. Despite the fact that during the period of independence, good roads have been built, the appearance of cities has changed, modern hotels have been built, many monuments of history and architecture have been restored, there is no work in the main direction. In Tajikistan, there aren’t   still any travel companies that would be engaged in attracting foreign citizens to the country. Almost all companies are engaged in the export of our citizens and, consequently, money abroad. Having unique opportunities for tourism development, we do not think about the main thing: who should develop, who should work with?

Recently, on October 9, 2017, an international conference was held in Dushanbe, which the organizers called “Tajikistan is a tourist country”. It was necessary to start with the name, to come up with something original, and not to use a worn-out, torn, beaten phrase. To call the conference international and to say absolutely nothing about why it is international is completely incomprehensible. Invited representatives of international organizations accredited in the country, several travel companies and that’s all. No information on international websites. After all, representatives of the world’s leading news agencies, radio and television work in Dushanbe. It turned out that we held a conference for ourselves, not for the public, primarily foreign. But the conference was a great opportunity to establish contacts with the press, foreign travel companies and specialists.

What can we offer you?

We have a unique nature in Tajikistan. Even it can give tourists a lot of positive emotions. There are ancient architectural monuments in all corners of the Republic. There are unique mineral springs. One of them is Garmchashma – an excellent one.  Our lakes, located at an altitude of 2000 meters or more, have preserved their original beauty. Iskandarkul, Karakul, Seven lakes, Sarez, Karatag, Obi Garm, Childukhtaron.After all, there isn’t such an abundance of names of places that attract the attention of tourists in any other country. We named only a few of them.

Today, those who have visited the capital of our country admire Dushanbe, its broad and green Rudaki Avenue. Is there an alley in any other city in the middle of the street? Is there something like that, that everything was completely enveloped in tall trees, creating not only comfort, but also a kind of shield from the burning summer sun?

Over the past three years, Khujand has radically changed its appearance. In the city there were some constructions which not only added to the regional center greatness and beauty, but became some kind of sight and a place of rest, both own citizens, and guests. The idea of how to create something that reminds of the real Homeland of the great ancient Tajik poet Kamoli Khujandi belongs to the Chairman of the Sugd region Abdurakhmon Kodiri. Two years ago, on the site of an abandoned recreation Park next to the architectural ensemble of the VI-V centuries BC “Old fortress”, which was a kind of fortification, a new, magnificent garden, named after Kamoli Khujandi.

The new wedding Palace with beautiful alleys and fountains perfectly fits into the territory where the city and region governments are located.

Meeting with a group of tourists

On October 14, I ran into a group of tourists. There was a girl called Julia from Uzbekistan among them. She said simply: a good town, beautiful, clean and snug. I never thought that we had such cities nearby. And the people here are the biggest attraction. They are simple, friendlyand hospitable.

A tourist from the USA (California) Steve Edison said that he came to Khujand for the first time.

“The group reached Tajikistan by train from Uzbekistan. We had a great impression. We felt worried at first, but seeing the kindness of people and the environment we calmed down. I feel completely safe.”

It was possible to talk to the representative of the Uzbek travel company, who introduced Nasim. “Among the five Central Asian republics, only two – Tajikistan and Uzbekistan-have a settled culture. I am in Khujand for the second time, and every time I look at people and think: there is no difference between Uzbeks and Tajiks. Except that they speak different languages and a common culture, common traditions and customs. With the improvement of interstate relations, I think, our cooperation in the field of tourism will develop.”

“You have wonderful people, whom we would not meet, with who would not speak, they shook hands with a smile. We visited Panjshanbemarket; we really enjoyed walking around the market” saidanother American tourist James Wilson.

The representative of the travel company “Orien co cloud Express” reported that their company for the first time included Tajikistan in the tourist route as an experiment and, it seems, has not lost. “We brought 100 people from the US and everyone is in a great mood.”

It remains to add that such tours should be practiced by domestic tour operators, but they have other difficulties. The main problem is money.

In the conversation the head of state property management and investment Alovaddin Nozimov highlighted some other issues which prevent the development of tourism. In particular, he called main obstacle is the high cost of tickets. “Imagine that for the price you pay for a flight to Almaty from Dushanbe, a tourist from Germany could get to Tashkent or Bishkek. We have such a concept that tours are made by rich people. That’s wrong. Often these are pensioners, athletes, extreme athletes who want to save as much as possible. Therefore, when we talk about tourism, it is necessary to keep in mind that the service should be of a level designed for the middle class.”

Nozimov also drew attention to the fact that such places as “Iskandarkul, Haftkul, sanatoriums and dispensaries should be given into the hands of those who have the means to build roads, hotels, canteens, campsites, workshops, who can really create comfort and convenience, designed for foreign tourists.

A unique chance to Sugd

Khujand has a unique potential for tourism development. First of all, the city is located at the crossroads between a number of historical cities of Central Asia, which, like the regional center of Sugd region, have an ancient history and fame all over the world. Samarkand and Bukhara always attract tourists. With the change of policy of Uzbekistan, these cities will now be visited by large groups of tourists. Andijan and Namangan are on the opposite side, not far from the capital of Uzbekistan – Tashkent. And, for sure, foreign operators will continue to include Khujand and two other ancient Tajik cities in their routes. There is something to see in Khujand. Besides the historical and archaeological complex “Old castle”, definitely the center of attention will be the mosque of Sheikh Muslihiddin, market Panjshanbe, the Palace Of Arbob, the sanatorium Bahoriston and wonderful “Tajik sea”.

It is favorably situated the chief town of the Zerafshan valley –Penjikent, with its 5 thousand years ancient settlement -Sarazm, great lakes and the mausoleum of the great poet Rudaki. Proximity with Samarkand in the case of simplification of the procedure of crossing the border opens up good prospects in order that the city became one of the centers of tourism of Tajikistan.  The main thing is to simplify the visa regime. This is an additional obstacle. As for Dushanbe and other regions of Tajikistan, the situation is complicated by the fact that the capital needs to attract tourists on separate routes, which prevents by the existing pricing policy in Tajik airlines.